Edited by Pablo Leighton and Fernando López, the new book 40 years are nothing: History and memory of the 1973 coups d’etat in Uruguay and Chile (Cambridge Scholars Publishing, UK), is a selection from works presented at the October 2013 conference 40 years are nothing. The event attracted researchers from Uruguay, Chile, Brazil, Colombia, United States (US) and Australia who presented on a wide range of topics linked to the anniversary of these events. The range of topics addressed in the different chapters (and the numerous debates and conferences held around the world) demonstrate that the 1973 coups continue to be a key point of interest for researchers and that the study of this topic is far from exhausted. 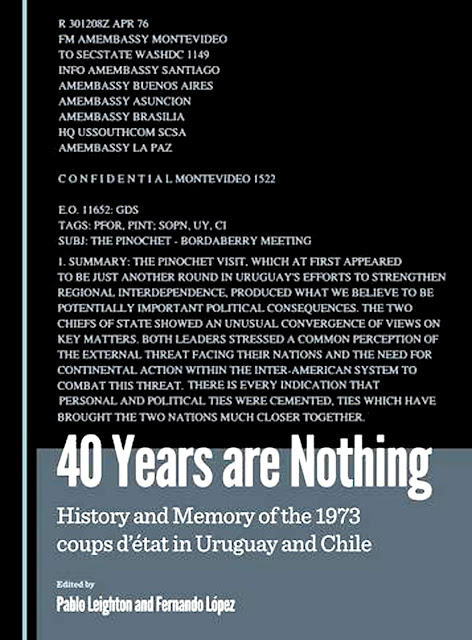 Chapter One of the book by Fernando López gives an overview of the significant contribution made by the Uruguayan and Chilean regimes towards the formalisation of what would become the infamous transnational network of state terrorism known as Operation Condor. Chapter Two by Pedro Teixeirense explores the way in which Uruguay has struggled to implement the different mechanisms of Transitional Justice since the return to democratic rule in 1985. Chapter Three by Debbie Sharnak evaluates the significant contribution made by the Inter-American Court of Human Rights’ historic ruling against Uruguay in the Gelman v Uruguay case. Chapter Four by Pablo Leighton examines the cultural power of the Chilean junta led by Augusto Pinochet (1973–1990) during its first years, with an emphasis on the mass event of the first anniversary of the coup d’état, on 11 September 1974, broadcast live on national television. Chapter Five by Florencia Melgar and Pablo Leighton explores the unrecognised role of Australia’s intelligence agencies in undermining Salvador Allende’s government and supporting the more well-known actions of the United States’ Central Intelligence Agency in Chile. Chapter Six by Nicolás del Valle focuses on the legacy of the Chilean dictatorship through the memorial sites and practices of memory. Finally, Chapter Seven by Yael Zaliasnik analyses the different theatrical elements present in three marches commemorating the dictatorships in Uruguay and Chile.

40 years are nothing is aimed at a broad audience which includes specialists in Latin American Studies, the political, cultural and economic history of Uruguay and/or Chile, memory, Transitional Justice, state terrorism, and those in the general public with an interest in these topics.

“This work brings us new perspectives and histories of the dictatorships and the ensuing struggles against impunity in Chile and Uruguay, after the dirty war years, when the transition to civilian government had begun (1990 in Chile and 1985 in Uruguay). The contributions of these scholars encompass a number of vital themes: the functioning of Operation Condor; the history of civilian government resistance to accountability in both countries; the Pinochet regime’s use of media and spectacle to establish hegemony (in the Gramscian sense) during the dictatorship; the role of social movements seeking truth and justice and the original forms of protest they have created; the inconsistent role of the Australian government vis-à-vis the Chilean coup; the importance of memory and the ways in which memory continues to be a contested terrain in the region; and ways to keep remembrance and memorial sites alive and engaging, without becoming ossified. Each of the authors gives us fresh approaches, to see and interpret recent history.”

“A book that provokes this reviewer to think very hard about just one issue—the tension between history and memory—will undoubtedly lure other readers to consider the many issues not mentioned here.”
James R. Levy
Senior Lecturer
University of New South Wales


Purchase information
The book now can be bought as hardcover directly from Cambridge Scholars Publishing and from Amazon. 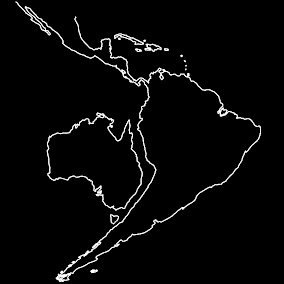